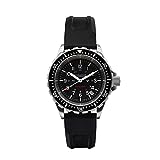 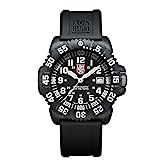 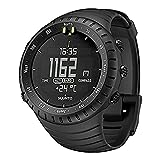 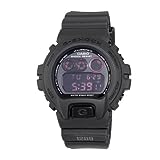 Military watches originally date back to the late 19th century.

Since military operations are heavily dependent on timing and coordination, military watches were created out of pure necessity.

We’ll rewind history a bit to give you an idea about the status and development of watches during the war.

Militants in the First World War didn’t have the luxury of wristwatches, instead, they relied on pocket watches for timekeeping.

They thought about making it more convenient by strapping the pocket watches around their wrist to reduce the time taken to look at the watch.

Around the end of the First World War, developments in watches over the world led to the creation of watches that can withstand the brutal trenches.

The U.S Air Force had specific standards called A-11 to produce the best military watch which aided in the navigation during the Second World War.

This has pushed the development of military watches for endurance and accuracy all over the world.

US military watches aren’t exclusively for soldiers. Many that are exposed to harsh environmental conditions like police officers, hikers, and athletes opt to wear them as a standard-issue too!

We’ll be reviewing the most rugged watches that the U.S military is using in 2022.

Our Reviews Of The Best US Military Watches Marathon held no punches back when it came to making this watch.

Built with military-grade specifications, the Marathon WW194007 TSAR definitely lives up to its reputation.

This high-functioning watch is specifically designed to aid in search and rescue missions at sea, as it’s water-resistant up to 300 meters.

Like the best tritium watches, the WW194007 TSAR is also equipped with self-illuminating tritium tubes so no external power source is needed.

This impressive timepiece is built from anti-reflective sapphire crystal and stainless steel so you can be sure of its durability. If this watch is known for anything, it’s versatility.

That’s just one reason why the Luminox 3051 EVO Navy SEAL Colormark Watch is preferred by US Navy SEALs and US Air Force Pilots.

Specially designed for professional water activities (except scuba diving), the Luminox Navy SEAL Watch is water-resistant up to 200 meters.

The Navy SEAL’s face glows a hundred times brighter than most luminous watches, making it ideal for night use.

This timepiece also features a notched unidirectional bezel, contrast white markers, and a date display at the 3 o’clock position. SUUNTO is a brand trusted by adventurers all over the world. So we made sure to include the infamous SUUNTO Core on our military watch list. In fact, this watch is one of the best military digital watches.

This watch is ideal for mountaineers and wilderness travelers because its altimeter not only determines elevation but also tracks overall progress during a climb.

With SUUNTO Core’s reliable barometer, you’re always on track on the air pressure trend. It has a Storm Alarm so you’ll never be caught off guard of incoming storms or bad weather.

SUUNTO Core’s built-in compass not only helps you navigate but also provides updates on the weather. This allows you to plan your adventure safely.

Like most SUUNTO products, the SUUNTO Core Military watch is handmade in Finland and is tested based on military standards, so you can be sure of its durability. Check out our review of the SUUNTO Core All Black Review for more details. Casio is known for their durable products, so when they make a military watch you can expect that watch to be very tough.

Rangeman GW9400 is famous among outdoorsmen who are in a rough environment. It is completely waterproof with great abrasion and dust resistance.

The buttons make it very easy to press even if you have gloves or have numb fingers, they are designed to be shock-resistant and easily pressed.

The watch has 3 sensors which are, a barometer, compass, and thermometer. These features can easily be used in navigation.

The battery on this watch is a beast. It is a solar rechargeable battery that can last for 8 months at least, the thermometer can measure air or water temperatures.

The price tag on this accurate watch is tempting. Our G-Shock 7900 review looks at another similar choice in more detail. Like all G-Shock military watches, the 6900 is designed to battle many elements; it can work in air, water, and on land. The matte black color gives it a feeling of elegance.

The water resistance can reach depths up to 200m, making it ideal for scuba diving. This is in addition to its resistance from mud, vibration, low temperature, and shock.

The 6900 Military lives up to its name as it bears the military concept with its Black Matt, Reverse LCD, and Red EL Back Light.

This versatile timepiece also features Flash Alerts that sound for alarms, as well as a countdown timer time-up alarm.

Casio outdid themselves with this watch!

Pro Trek is made for a survivalist environment, and it sure has enough features to make it one of the best survivalist military watches.

It can even hold the solar charge so it could use it once it’s needed, a graph which represents the tide and the moon so plans are clearer.

It is considered one of the best in international timekeeping thanks to its multi-band atomic settings.

If these watches are too masculine for you, here’s an article with the best women’s military watches.

If we would pick a runner-up, we’d choose the G-Shock G7900 because of its versatility. Take a look at our Casio G7900 review for more details.

How To Choose A Military Watch?

While there are plenty of quality military watches out there, like some of the ones mentioned above, you’ll also come across some who are less than good.

There are some features in a military-grade watch that you need to look out for because they do make a difference between a good military watch and a poor one.

How Tough Is It?

One of the signs of a good military watch is how long did it stand the test of time?

A good tactical GPS watch would survive for years on, enduring the hits, bumps, scratches, and shocks associated with outdoor activity – whether it’s for military personnel or extreme athletes.

The crystal needs to remain scratch and bruise-free so you could easily read the time, not just for the aesthetics of it, and this is the first feature you need to focus on before buying a military watch.

The material, the watch is made of, makes all the difference, and how reliable the brand behind the watch is – so you could take their word for it when they say that quality material is used in the watch.

For that material, always look for sapphire, which is the hardest and most scratch-resistant material on earth, after diamonds.

The cool thing about sapphire is the fact that it is not expensive –– some Citizen watches that have it go for under $300.

The case should be made out of high-grade stainless steel or polymer plastic.

How Accurate Is It?

While the material is quite important, what good is a military watch that does not tell time accurately?

It’s why you got it in the first place.

This is why you should not go for mechanical watches, as much aesthetically pleasing as they look. They are simply not as accurate as digital and quartz watches.

Mechanical watches are also much more prone to losing accuracy as an effect of heat and shock, which is not the case with digital and quartz watches.

The latter two have a much smaller margin of error when it comes to drift, in comparison with mechanical watches.

You want this watch to endure whatever harsh conditions you’re going to be putting it in.

So, it goes without saying that the atmospheric pressure resistance needs to be high, at least 10 ATM so that it could withstand pressure underwater if you go swimming.

This resistance also means your watch will not shatter into pieces if you accidentally stepped on it, because it’s designed to withstand high pressures.

Other Things To Consider

You need to make sure your military watch has as many features and options as possible. Those include, but are not limited to, having luminescent hands or digits for a digital watch.

If you need a military watch, chances are you’re going to be using it at night, and that means you need to see what time is it without having to press a button with your other hand all the time.

Whether you’re skiing or holding a gun, you need to be able to read the time easily, and that means having luminescent dials or digits.

As we mentioned earlier, military watches can be bought by anyone.

They all share a few traits which like durability and resistance, but that isn’t all that defines a military watch.

The number of tactical features has become incredibly huge, it is normal to be overwhelmed at first and not know which kind of watch you need.

Are you a survivalist?

They could be your last defense line before getting out of the wilderness in one piece – thanks to the pathfinding options on many watches that have maps integrated inside.

Do you need it while flying?

For a watch to withstand these altitudes, it has to be specifically prepared to take a beating from the pressure coming from these high altitudes.

We have The Complete Guide of All Outdoors Watches if you want to dive into other options for different activities. Ultimate Guide to Self Defense